Credits
Photography: Bear With Me café

Home > Environmental > Bear With Me 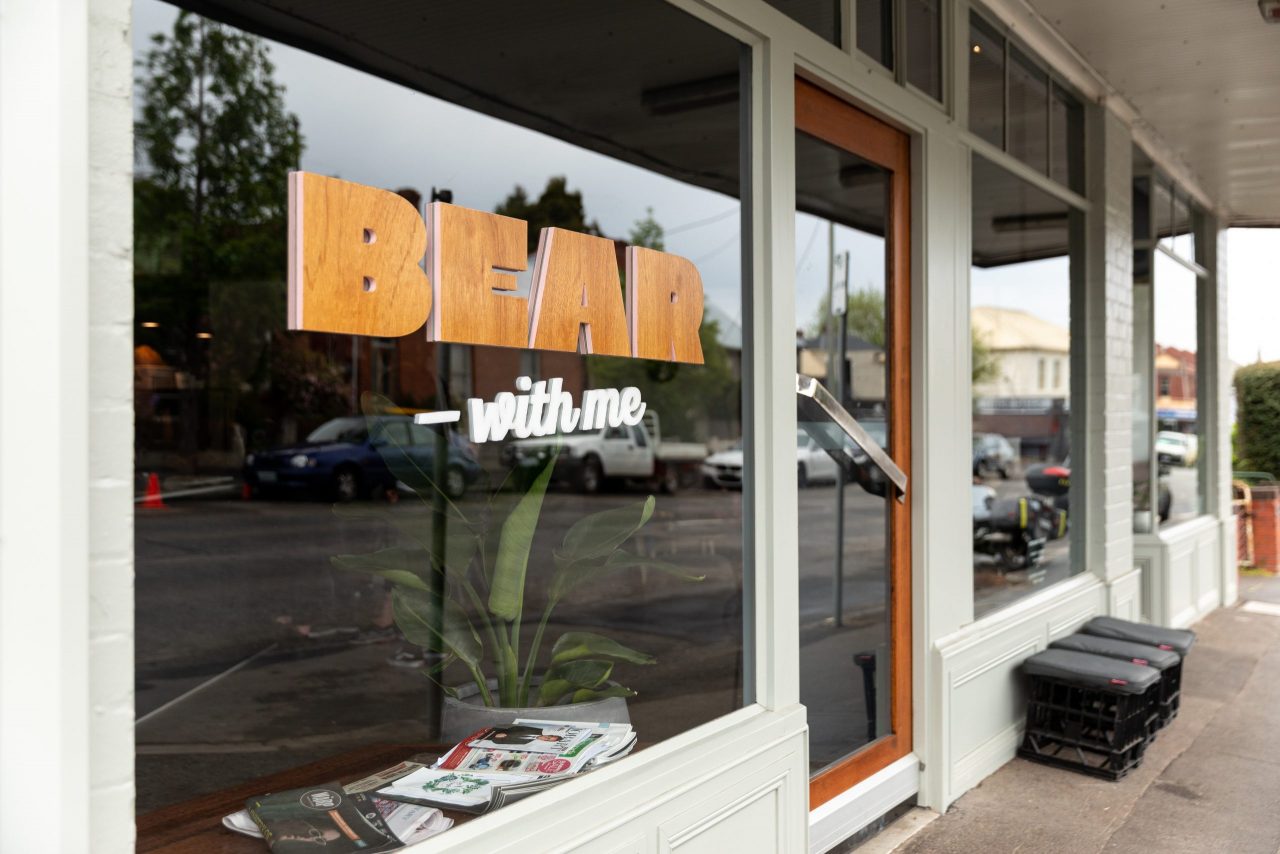 Our client came to us via Cumulus architecture studio, who, by the time we were engaged, had already designed the fit-out for this great new cafe in South Hobart.

With a name and French-chic architectural style already in place before we started work, we identified that our job was to ensure the graphic idea and outputs were to bridge the two, creating a confident, yet understated personality that didn’t play to hard too current trends.

Exploring diverse ways to build depth to the name without being cliched we tested many typographic iterations, eventually landing on the solution of a large, friendly scaled ‘BEAR’ which has bearish characteristics, its close kerning, and tight letter forms feel cuddly. We pulled through the green and timber elements from the fit-out to the facade, with an ever so slight touch of pink. The paint scheme on the facade was determined by us, which uses a light, ‘green tea’ colour contrasted with a darker green awning.

The hero is the double-sided timber and acrylic sign, providing a textural and material bridge between inside and outside.

The dashed lines were introduced as a secondary graphic element, into signage and on the backs of the takeaway cups. The idea being that by using markers on the windows, or writing on cups, ‘Bear with me’ can engage with their customers leaving messages, or communicating special ingredients, or events. We were intrigued by the phrase ‘bear with me’ and that Shakespeare often used it in his texts. If it weren’t for him, historians say it may well have fallen out of use altogether. 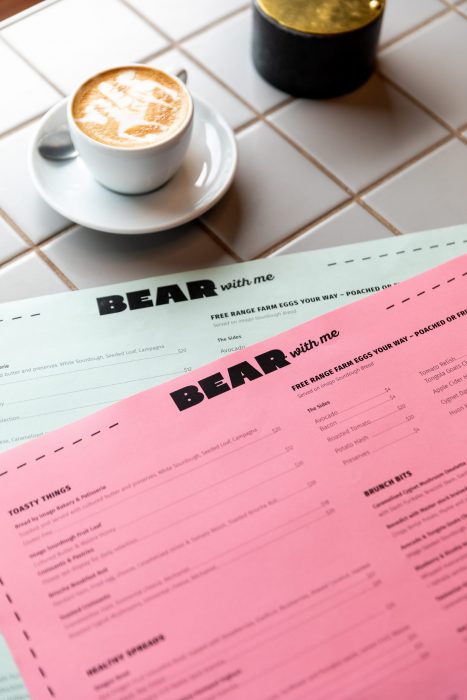 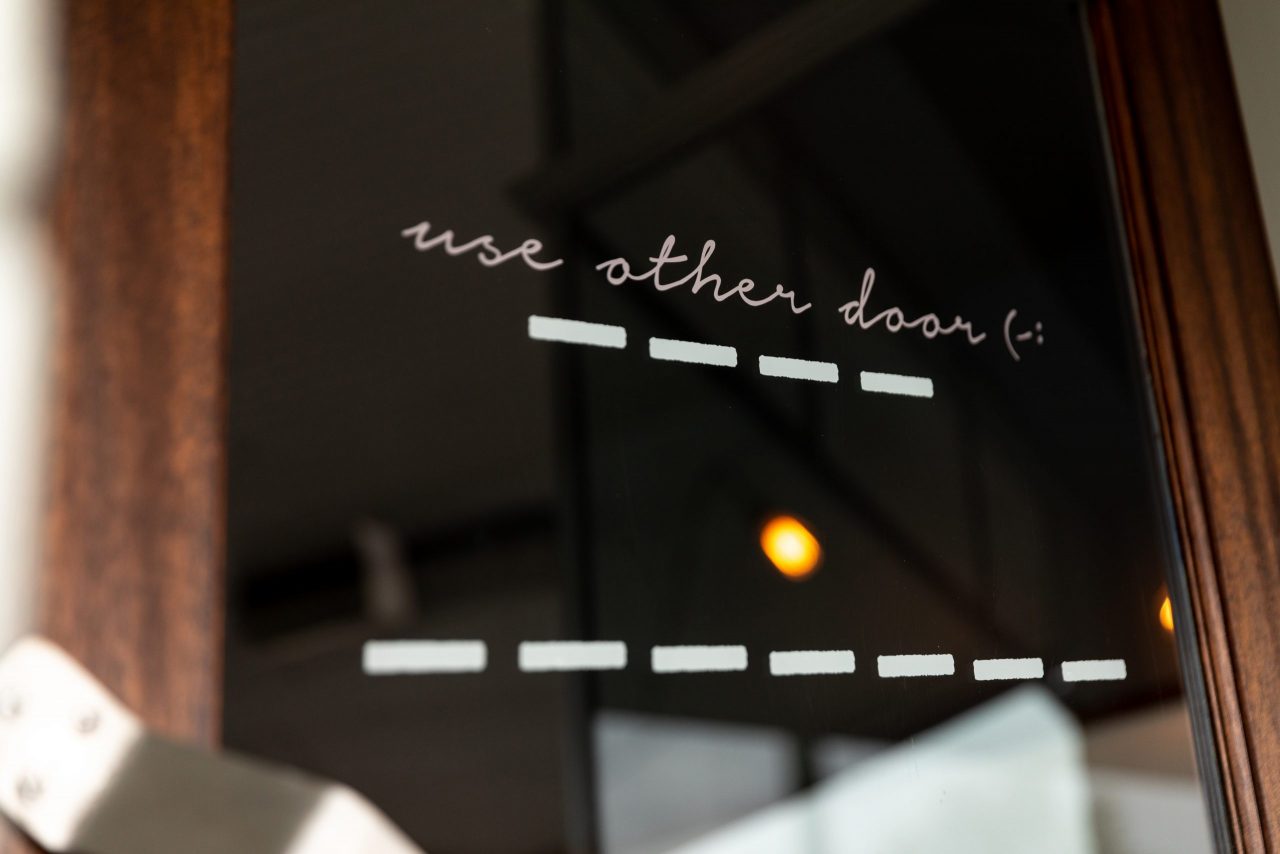 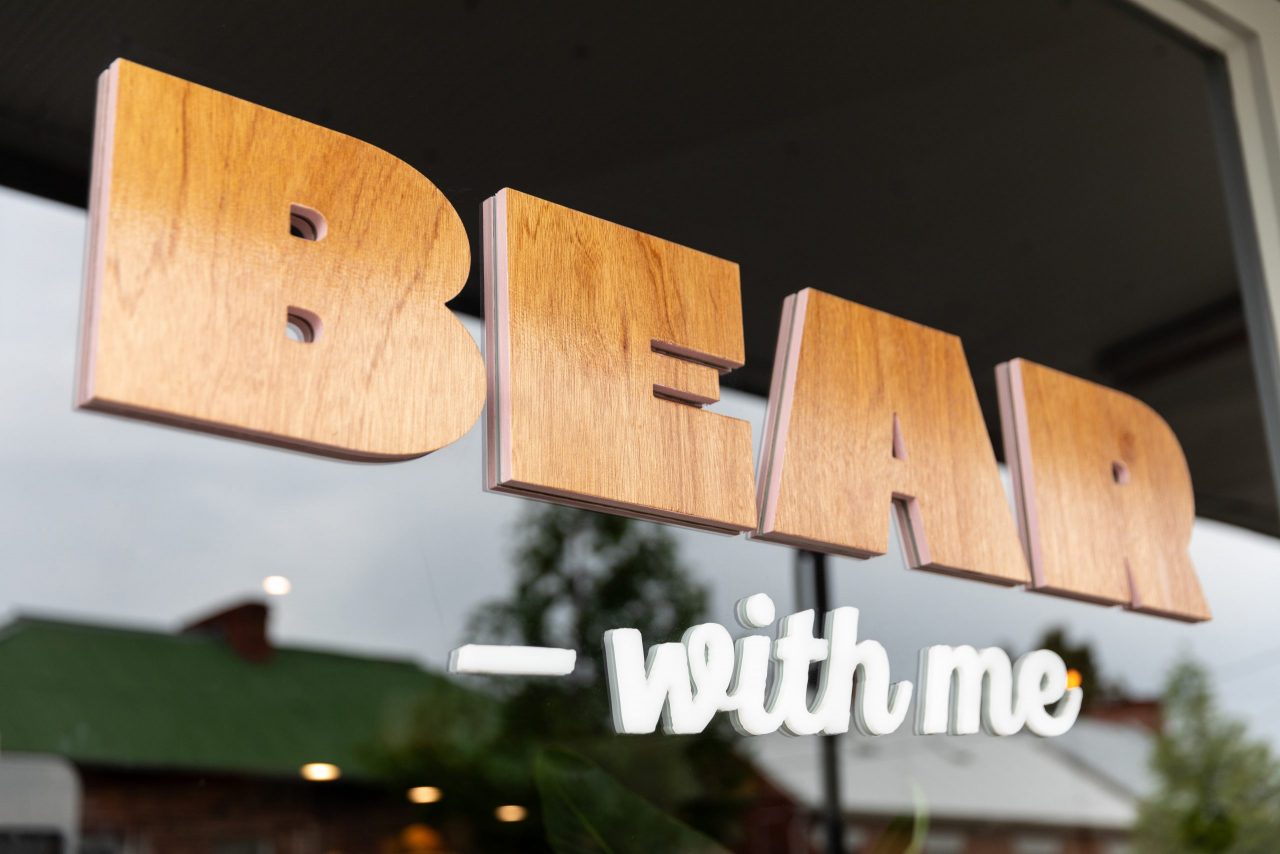 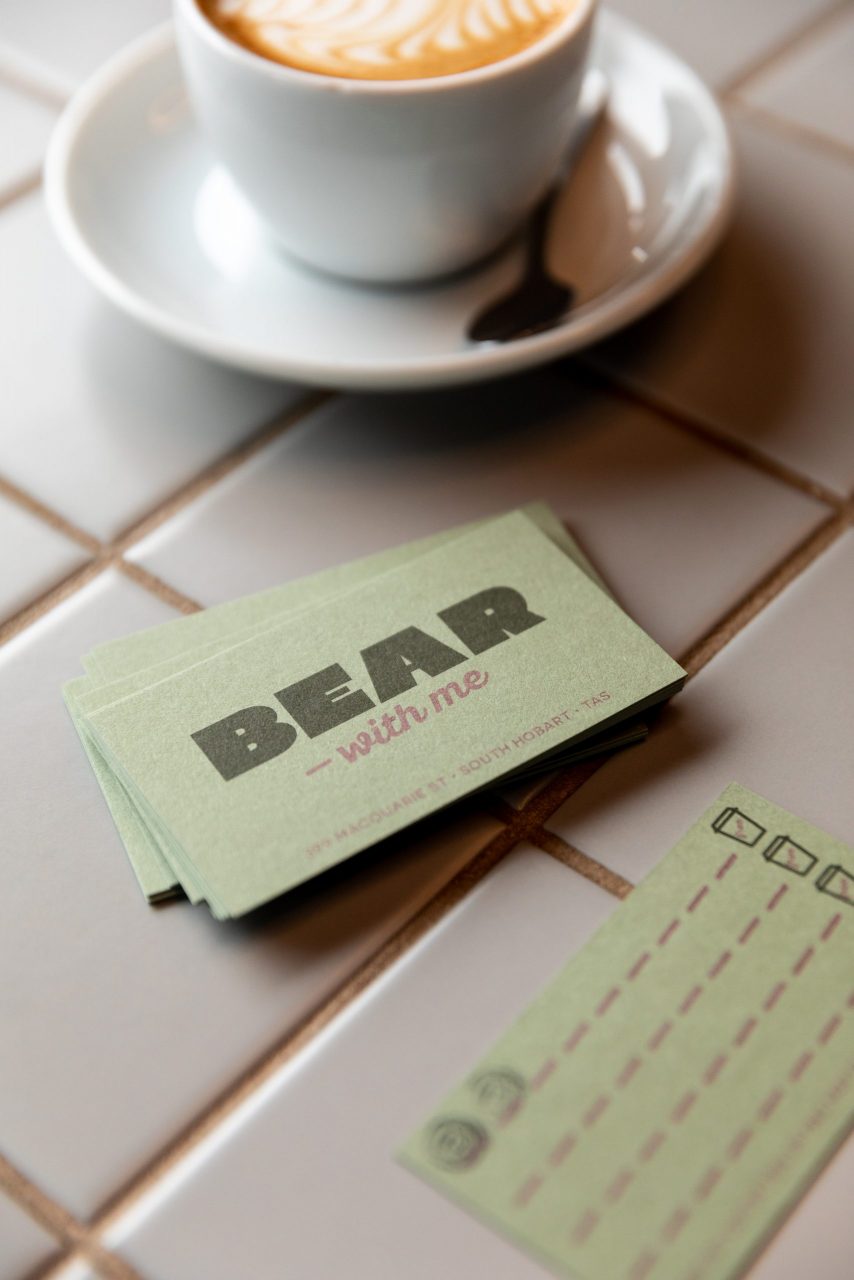 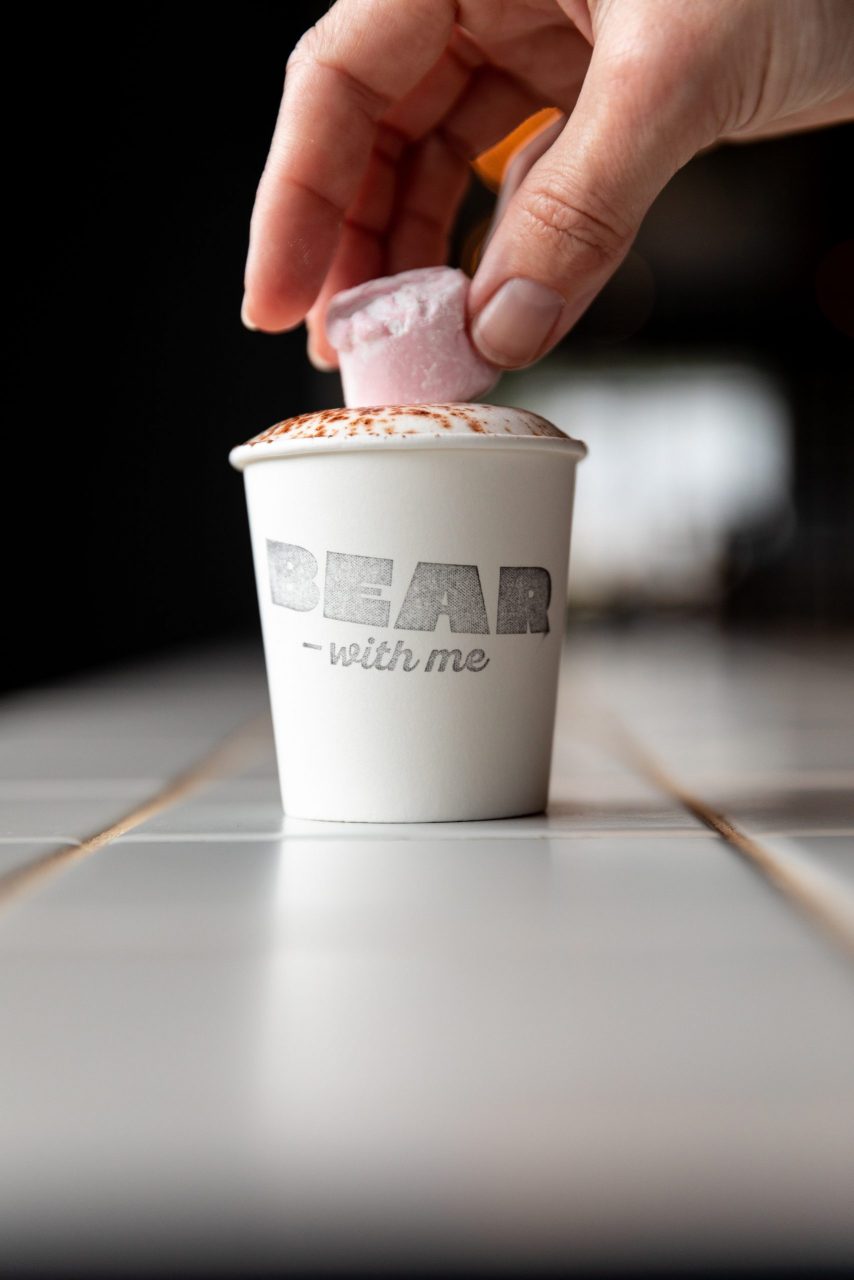